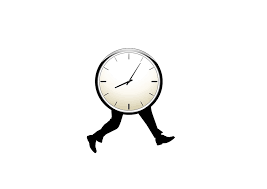 Be quick but don’t hurry.

One of my favorite quotes from the late Coach John Wooden is “Be quick but don’t hurry.” I find myself saying that in my head at least 7 times a day. I am always rushing here and there to get things done, make things happen. One of the best reminders I can give myself is these five words.
Sometimes it just takes slowing down for a second.
Sometimes it’s about making sure that you are effective with your time and that you respond to tough situations by dealing with one thing at a time.

Last week I had a day that would test me just a little. I was on my way to my final interview for the head softball coach position at Ursinus College. I was dressed nicely and had just stopped for gas. I got back in my car and was on my way again when I smelled an intense gas smell inside my car. I looked down to make sure I hadn’t gotten it all over me. The smell just kept getting stronger and I started to get a little nervous. I quickly pulled off the road into another gas station and got out of my car. With the engine still running, I stepped out and looked down. A rush of gas started to pour out from under my car. I quickly turned it off and grabbed my things and stepped away just in case anything went wrong. I was about 20 minutes away from the college and had about 45 minutes before I needed to be there.

I stood there for a minute and walked through it in my head quickly. I called my friend Laura and asked her to come and meet me so I could borrow her car. I told her to have Frank follow her up so she can get back. I then called AAA to get a tow truck set up and called to let my appointment know I would be late. I also had to call the service station to let them know the truck would be on it’s way to them. All of that, and switched all of my stuff into another car and I was only ten minutes late. I made sure I was effective with my phone calls, did them in the order that I needed to and was quick enough that I didn’t waste a lot of time. I had a choice that day to be quick and effective or to hurry and maybe mess things up by not paying attention to detail.

As an athlete, it’s easy to relate to the idea of “be quick but don’t hurry.” If you rush something, you often do it wrong or you make an error, or turn the ball over. It’s even possible to think about the big offensive linemen on a football team who are very quick, but may not necessarily have a ton of speed. Quickness isn’t always about movement. In “real life” being quick is sometimes being efficient and completely sound with time so as not to waste a second. There is something to be said about that kind of “quickness”… Being efficient and effective. I saw this in action today at softball summer camp. We had 40 kids this week at the URA fields and it was probably one of the best camps we have ever been a part of. The energy was awesome. The girls were all about learning and wanting to do it right.

They were a blast! We did crazy mismatch outfit today for the Softball Olympics and had way too much fun! I cringe trying to call this work. It’s really not.

It was exciting to watch. What really blew me away was the energy and the desire that the youngest of the campers had. The second fastest camper was 8 years old. She was quick, but she didn’t do things in a rush. I can’t wait to see where she ends up 10 years from now. She has a skill that is often not found in young athletes. She is one of the quickest young athletes I have seen in quite some time, but at the same time was completely poised and effective.

There are so many times in my life when I have thought about what it would mean for me to maybe just slow down… take some time to do things more carefully. Not waste time, but not rush anything. Life is a well-paced event. Not too fast, not too slow. And I have found a pace that works for me. I have learned to be quick, but not hurry.

So, about the interview. I got the job. And about my effectiveness? I had a softball doubleheader that night I had to get to right after the interview, so I wore my sliding shorts under my dress pants so I could change in the car before I got back down there. I guess you could say I love this game.