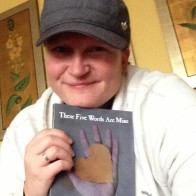 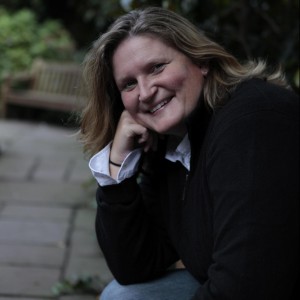 Cleanup is a woman’s job…

1991, I was a freshman at the University of Delaware. Colleen Webster was my E110 teacher. E110 is a freshman english class that all first year students must take. I actually entered my first semester as a psychology major. I was ready to take on and fix the world. Then, I met Colleen Webster. She was a grad assistant professor finishing her doctorate at UD, teaching Freshman English. She was one of the best teachers I have ever had. I respected her so much for the way she taught, the way she allowed us to creatively write and express ourselves. The way she taught us to see things from every perspective, how the written word can be so powerful. Toward the end of the semster, she asked me to stay after one day to talk to her. I was nervous. SHE wants to talk to ME? Either I did something wrong, or she really likes my work as much as she tells me she does. I will never forget that day. Because the next morning, I walked over to the Admin office to change my major to English. She told me I should be writing, that anything else would be a waste of my talent. I believed her. Or, more importantly, she believed in me.

Sometimes, I have learned along the way, that it only takes one. One person to believe in you, one person to reach out and motivate you to be something more than you thought possible. One moment that changes a life.

One of my last essays that semester was to be about a time when you were younger and you accomplished something that you never thought you could. My essay was titled “Cleanup is a woman’s job.” I remember her face when I handed it in. She looked puzzled, almost surprised coming from a liberal female with a social voice like my writing portrayed. I smiled at her and walked away. I figured I would let her read it for herself.

I was 7 when my dad and I walked into the Tenafly Public Library for Little League signups. Back then, there was no softball for girls my age. Softball started in sixth grade. If I wanted to play ball, it would have to be with the boys. I didn’t think twice about it when we walked in to put my name down and pay my fee. My dad didn’t either. He was always very supportive of me and always told me I could do anything a boy could do as an athlete. I believed him. And more importantly, I knew he believed in me. A few weeks later, the season would start.

I can still remember pulling into the parking lot at the field downtown that first time, sitting in the car, looking across the way at all the boys gathering on the field. My dad looked at me and smiled. “Are you sure you want to do this? You can always back out if you don’t feel like it’s for you, or you feel uncomfortable at any time.” I looked at him, then across the field. I remember opening the door to get out and not saying a word. My dad followed my lead. I got my bat and my glove out of the trunk of our light blue Buick Century. It squeaked as it closed. I started the walk across to the other field, my dad in tow. I was quiet, shy and a little bit awkward in situations that I was unsure of. But something made me walk over there. I saw a couple boys I went to school with and felt a little better. They were on my team. That would hopefully be ok.

As the first few weeks of the season wore on, my dad started to help out as an assistant coach. I loved it. I started to play better every week, and by mid season, decided I wanted to try catching. My dad was a little worried, as this was probably the most dangerous spot on the field for a girl to play. I convinced him to let me try. I put on all the gear and with my long pony tail sticking out the back of the helmet, and the little rosebuds on my underpants that you could see through the light grey baseball pants, I made my way behind home plate.

That year I hit my first homerun. I made All Stars. I batted cleanup. I was one of the best players on my team…. and I was a girl. At first, the boys didn’t know whether to slide into me, run me over, or avoid hurting me at home. I wasn’t afraid. Not for a minute. I just wanted to play.

One game, at the end of the season, a young umpire showed up right before game time. It was his first season. We went out for the first inning, me in my armor walking to the plate, when the umpire stopped me before I started warming up the pitcher. “Excuse me… Are you wearing a cup?” The kid in blue was dead serious. I looked at him confused and answered… “Ummm No.” He then proceeded to tell me that I needed to wear a cup. I thought he was joking and ignored him for a second. My dad came walking out sensing there was an issue. The umpire then turned to him and said “If she wants to catch, she needs a cup.” He chuckled and told the umpire he couldn’t be serious and was about to walk away when the umpire responded. “It says in the rule book that all catchers must wear a protective cup. If she wants to catch, she needs to wear a cup.” At that, I stormed over to the equipment bag and dug through it until I found what I imagined was a cup. I picked it up, shoved it into my pants and walked back to the plate. “There,” I said, “Are you happy? I am wearing a cup. Let’s play ball.” My dad was trying to get me to come out and told me that he would put someone else in, but I refused. Besides it being a tad bit uncomfortable, I wore the cup because I just wanted to play ball. I didn’t care that I was the only girl on the team. I didn’t care that I had to wear a cup to catch. I just wanted to play.

My parents often told me stories of when I was 5 years old, how I would sit on my great-grandmother’s back porch with her on her green metal sofa and listen to a whole Phillie’s game on the radio. We would both stare off into the back yard and just listen. She would live to be 100. No one was a bigger Phillie fan than my great-grandmother, Annie Palmer. But the real story in my parents’ eyes is how a 5 year old kid could sit still for that long and LISTEN to a baseball game on a radio with a little old lady who could barely hear. My love of the game would never be challenged.

I played with all my heart. Every day, every game. I took it seriously. And I proved to all the boys in town, the coaches, and even the umpires that cleanup absolutely is a woman’s job. Even Colleen Webster had to agree.